November 10, 2017
In addition to our Remembrance Day observances on November 10th, Westminster is proud to host a First Nation People's Elder as part of Treaties Recognition week.  We have invited Mr. Dan Shaule, a Garden River Ojibway Nation Elder, to share about his rich culture, traditions and provide insight into the various Treaties between the government and First Nation People's in Canada.

In First Nations, Metis, and Inuit cultures, Elders and traditional teachers play a prominent, vital and respected role.  Elders and traditional teachers are held in high regard as they are the knowledge keepers. They are leaders, teachers, role models, and mentors in their respective communities who sometimes provide the same functions as advisors, professors, and doctors.

In 2016, the Government of Ontario designated the first week of November as Treaties Recognition Week, to recognize the importance of treaties and increase awareness of treaty relationships between Indigenous and non-Indigenous communities in the province.

First Nations were the original occupants of this land we call Ontario. Our shared history begins around 400 years ago, when Europeans first arrived.

Treaties between the British Crown (government) and Indigenous peoples were negotiated and signed with the intent of delivering mutual benefits. They signed as independent, self-governing nations.  Despite the promise of early treaties and the respectful partnerships they established, Indigenous Peoples were targeted by colonial policies designed to exploit, assimilate and eradicate them. Today, the Ontario government recognizes the wrongs of previous generations. The Journey Together plan outlines Ontario’s commitment to changing the future by rebuilding relationships based on trust and respect.
(https://www.ontario.ca/page/treaties)

Offering of Tobacco presented to Elder Shaule by our student representative...

"We have learned about First Nation People's culture and history here at school and now from you, an Ojibwa Elder.  We have learned that tobacco is one of the four sacred medicines used in traditional ceremonies and prayer.  We offer you this tobacco because we have asked that you be here today and thank you for teaching us.  At Westminster we believe that understanding the past and celebrating our differences is the first step to ensuring a positive future." WPS student representative 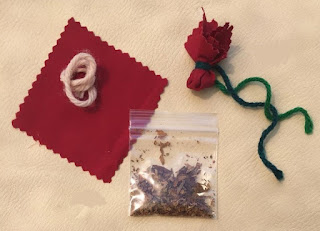 Popular posts from this blog

December 21, 2018
January 1 marks the New Year in the Gregorian calendar, and is celebrated by many communities world-wide. Korean New Year was originally a lunar festival, called Son-nal, held at the beginning of the second new moon after the winter solstice (December 21 or 22). Nowadays, New Year's is often celebrated on the solar New Year, January 1st. Many Korean families use this day to honor ancestors, have special food, and play traditional games. Oshogatsu (January 1-3) is an important festival for many Japanese people. Some gather with friends and families to say good-bye to the old year at forgetting parties. They also say hello to the New Year. Many Japanese, some of whom practice Shintoism, welcome in the New Year with prayers for renewal of hearts, good health, and prosperity. In North America, January 1 has become a day for Buddhists of all schools to attend a special service in the local temple. For many people, New Year's Eve is a secular holiday and has become an occasion fo
Post a Comment
Read more

December 14, 2018
Dear Parents, This is to inform you that due to low student enrollment in LunchBox orders we have to cancel this program for the rest of the school year.  The week of December 17th to 21st will be the last week you can place your orders.   If you have any other suggestions in any other lunch programs please let us know. Thank you, WPS School Council westminster.ps@sc.yrdsb.edu.on.ca
Post a Comment
Read more

November 05, 2018
Friday, November 2 nd , 2018 Dear Parents / Guardians: Westminster PS is pleased to announce that we will be using an online process through Edsby to manage our Parent Teacher Interviews/Student Led Conferences scheduled for Nov 22 & 23, 2018. Edsby is an intuitive, cloud-based platform that will allow families to easily reserve times to meet with their child’s teachers. YRDSB in partnership with Edsby have created a secure platform that protects the privacy of information for our YRDSB families. Families will need to create an Edsby account to access the online appointment scheduler for their child’s teachers for Student Led Conferences. Only families who create an Edsby account prior to the schedule being opened on November 7 th will have access. For help signing up for Parent-Teacher interviews/Student Led Conferences, please visit http://bit.ly/ptifamily . If you require assistance in setting up your Edsby account, or have any questions about the boo
Post a Comment
Read more