March 30, 2016
To have good sportsmanship, one must learn the character traits of honesty and fairness as well as responsibility and respect.  On Thursday, March 31st we are having a spirit day to celebrate this connection and help our students apply these traits with having good sportsmanship.

All students and staff at WPS are encouraged to wear logos of their favourite sport team or our own WPS spirit wear...hats, t-shirts, jerseys... whatever to show our spirit and symbolize good sportsmanship and good character.  Go Wildcats! 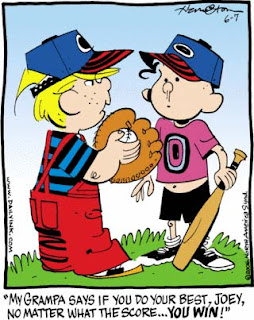 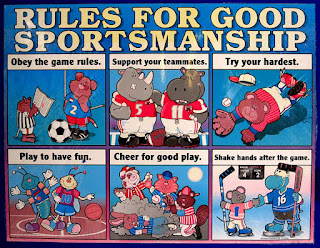 Popular posts from this blog

December 21, 2018
January 1 marks the New Year in the Gregorian calendar, and is celebrated by many communities world-wide.
Korean New Year was originally a lunar festival, called Son-nal, held at the beginning of the second new moon after the winter solstice (December 21 or 22). Nowadays, New Year's is often celebrated on the solar New Year, January 1st. Many Korean families use this day to honor ancestors, have special food, and play traditional games.
Oshogatsu (January 1-3) is an important festival for many Japanese people. Some gather with friends and families to say good-bye to the old year at forgetting parties. They also say hello to the New Year. Many Japanese, some of whom practice Shintoism, welcome in the New Year with prayers for renewal of hearts, good health, and prosperity.
In North America, January 1 has become a day for Buddhists of all schools to attend a special service in the local temple.
For many people, New Year's Eve is a secular holiday and has become an occasion for l…
Post a Comment
Read more

December 14, 2018
Dear Parents,
This is to inform you that due to low student enrollment in LunchBox orders we have to cancel this program for the rest of the school year.  The week of December 17th to 21st will be the last week you can place your orders.
If you have any other suggestions in any other lunch programs please let us know.
Thank you, WPS School Council westminster.ps@sc.yrdsb.edu.on.ca

Dear Parents / Guardians:
Westminster PS is pleased to announce that we will be using an online process through Edsby to manage our Parent Teacher Interviews/Student Led Conferences scheduled for Nov 22 & 23, 2018.
Edsby is an intuitive, cloud-based platform that will allow families to easily reserve times to meet with their child’s teachers. YRDSB in partnership with Edsby have created a secure platform that protects the privacy of information for our YRDSB families.
Families will need to create an Edsby account to access the online appointment scheduler for their child’s teachers for Student Led Conferences. Only families who create an Edsby account prior to the schedule being opened on November 7th will have access. For help signing up for Parent-Teacher interviews/Student Led Conferences, please visit http://bit.ly/ptifamily.
If you require assistance in setting up your Edsby account, or have any questions about the booking process, please contact our ma…
Post a Comment
Read more